Iran, November 19, 2019—“In the hospital where I work, they brought 56 dead bodies last night… Please, send this message to the world. The Iranian regime’s thugs poured into the streets with pistols and started shooting at people. They aimed straight for the head and shot the people from behind. The ambulance drivers and medical staff said that none of the bullet wounds were in the torso or legs—only the head.”

This was the report that a supporter of the People’s Mojahedin Organization of Iran (PMOI/MEK) sent on Monday night, amid a three-day internet blackout across the country. According to this MEK supporter, in Shariar alone, more than 70 people were killed on Sunday.

Another Iranian citizen who reached out to the MEK said that in Shiraz, security forces stormed a hospital and took away all the dead bodies of protesters that had been brought in. The security forces also took away all injured to undisclosed locations. Since the Iranian regime cut off access to internet, there’s very little access to what is happening inside Iran.

But from what little is trickling out of the country, whether through text messages or grainy videos and images, it is clear that the regime is resorting to the mass killing of Iranian citizens after blocking internet access.

National connectivity remains at just 5% of normal levels, leaving Iranians cut off from the world #Internet4Iran 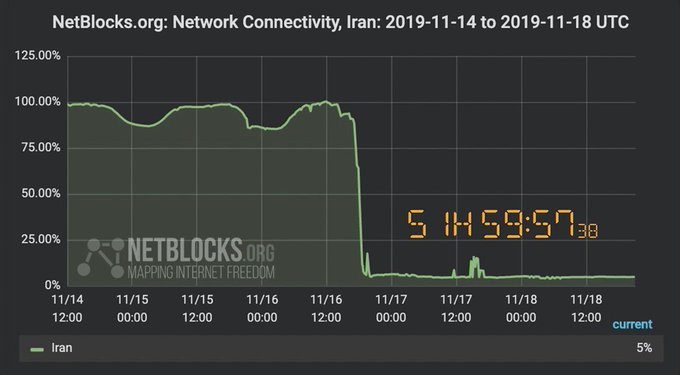 The unrests that broke out across Iran on Friday, after the Iranian regime declared an unprecedented increase in the prices of gasoline and a decrease in fuel subsidies, have shook the ground beneath the feet of the mullahs.

Iranian officials efforts to downplay the situation and intimidate protesters to return to their homes and give in to the new hardships imposed by the regime were not fruitful. In the four days that have passed since the gas price hike started, more than 130 cities have joined the protests. The people of Iran, fed up with the corrupt and tyrannical rule of the mullahs, quickly turned their economic demands into political ones.

Chants of “Death to the dictator” and “Death to [Ali] Khamenei,” the supreme leader of the regime, were heard across many cities. The protesters blame the ruling mullahs’ corruption for the current economic situation and demand regime change. In many places, protesters attacked police stations, banks and offices of Khamenei’s representatives, the symbols of the regime’s tyranny and corruption. Videos of protests in dozens of cities were widely distributed across social media networks.

Quite expectedly, the regime’s response to the demands of the people was the brutal suppression of their demonstrations. On Saturday, in hasted remarks, Khamenei gave his full support for the plan to resolve the government’s budget deficit by increasing gas prices and putting further strain on the people. Khamenei also called the protesters “thugs” and promised the brutal suppression of the protests.

Shortly after Khamenei’s comments, the regime started blocking access to internet. Netblocks, an organization that monitors internet access across the world, declared on Sunday that Iran had reached an all-time low in internet access. 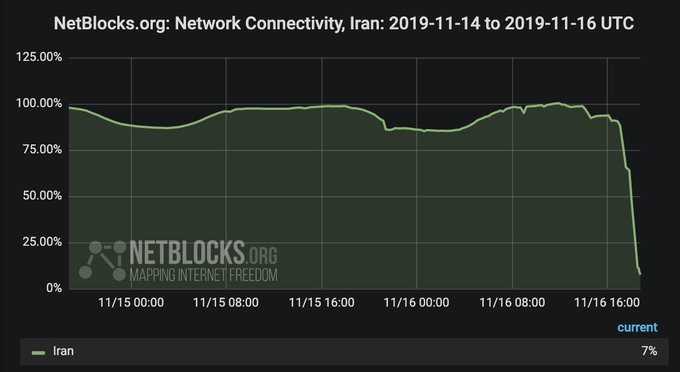 Following Khamenei’s remarks, other regime officials made public comments, all supporting the petrol price hike and calling on security forces to violently suppress the demonstrators. According to the sources of the MEK, Iranian security forces have killed at least 200 people in different cities.

But the truth could be much worse.

In the past decades, the Iranian regime has used censorship of media to facilitate the killing of Iranian people. In 1988, the regime used its full control on media and communication channels to massacre more than 30,000 political prisoners, mostly MEK supporters and members, in full secrecy.

The remarks of regime officials and reports that have been gathered so far are all indicative that the regime aims to unleash its brutality against the people of Iran, who have come to the street to reclaim what is rightfully theirs: their lives, dignity and freedom. And it is using internet censorship to have a free hand at slaughtering the Iranian people.

Under such circumstances, the international community has a pertinent role to play. Activists, dignitaries and politicians across the world have called on world leaders and the technology community to take swift action to prevent the regime from committing another genocide in Iran. 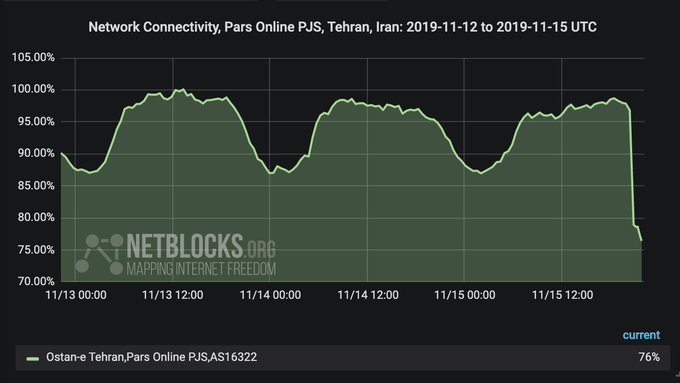 Mrs. Maryam Rajavi, the president-elect of the National Council of Resistance of Iran (NCRI), called on the international community to hold the regime to account for its ongoing crimes against the people of Iran, who have risen to retake their country from a 40-year old tyranny.

The international community’s silence and inaction is unacceptable. The UN Security Council must declare that the religious fascism ruling #Iran is engaged in crimes against humanity. #IranProtests 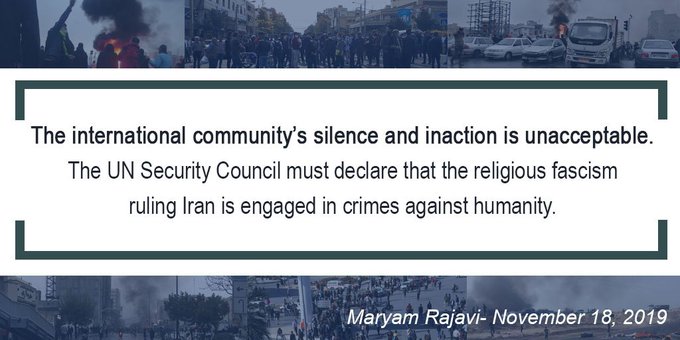 Israel’s Defense Ministry will hold a large exercise in Jerusalem tomorrow simulating a terror attack with a radiological device.

New video by NASA of the Mars Helicopter’s first flight.

Doctor drops absolute truth bombs about Covid treatment and protocols – including his assessment on Ivermectin.

Iran: “Death is very cheap and available in our country!”