Iran, February 23, 2020—As the coronavirus outbreak continues in Iran, the mullahs’ regime has officially announced eight deaths, placing Iran second in the highest number of deaths after China. With its policy of secrecy and clandestine measures, the mullahs have kept the Iranian people uninformed and thus paved the path for the spread of this dangerous virus at a faster rate across the country.

Reports quote Turkey’s Health Minister citing his Iranian counterpart saying 758 people are suspicious of being infected with the coronavirus. The Iranian people are asking why are government officials refusing to inform us about the scope of this crisis? Experts across the globe are emphasizing that providing adequate information is the best method to prevent the spreading of this illness.

On the first day that regime officials announced two people had died of the coronavirus in Iran, people in the city of Qom were saying at least 12 have died in their area alone and 200 had tested positive for the virus.

Protests have also erupted across the country as people are demanding measures by the mullahs’ regime to prevent the virus from further spreading.

Locals in the cities of Lahijan, Talesh, Rudbar, and Isfahan are protesting regime officials’ denials and secretive measures regarding the coronavirus outbreak across the country.

February 22 – #Iran
Locals in the cities of Lahijan, Talesh, Rudbar and Isfahan are protesting regime officials’ denials and secretive measures regarding the coronavirus outbreak across the country.#COVID19 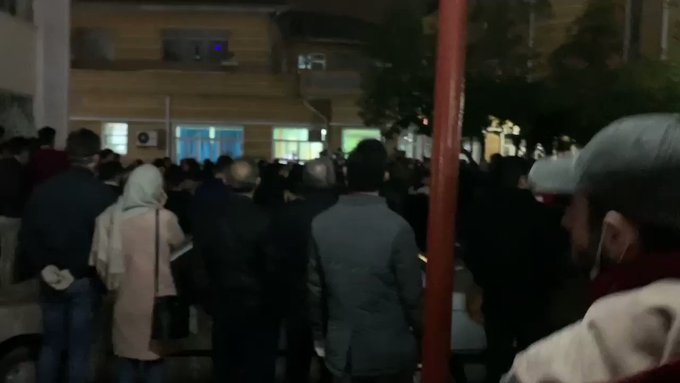 In Talesh, northern Iran, locals clashed with state security forces after reports of authorities transferring four coronavirus patients from Rasht, center of Gilan Province, to a hospital in their city. People are angry as local officials are taking such measures in secrecy and placing their community in danger of the coronavirus spreading. Anti-riot units fired tear gas to disperse the protesting crowds.

Students of Beheshti University in Tehran were protesting and demanding the campus to be closed so they can return home. Everyone across the country is concerned about the spread of the coronavirus.

February 22 – Tehran, #Iran
Students of Beheshti University are protesting & demanding the campus to be closed so they can return home. They’re all concerned about the spread of the coronavirus.#COVID19 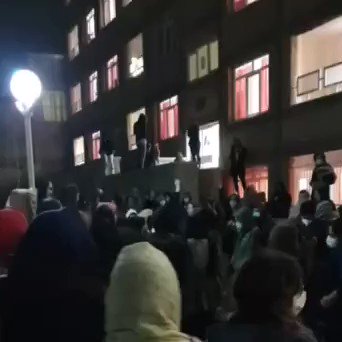 In Ilam, western Iran, college students were also demanding classes to be suspended to allow students to leave highly congested campuses as a precautionary measure.

February 22 – Ilam, western #Iran
Students of Ilam University demand classes be suspended. Regime officials have closed schools and universities in many provinces until the end of the week.#COVID19 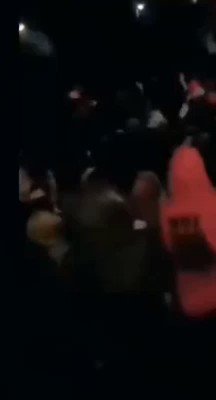 Iranian opposition President Maryam Rajavi, head of the National Council of Resistance of Iran (NCRI), is also warning about the regime’s dangerous cover-up measures and calling on the World Health Organization to dispatch supervisory and medical teams to Iran.

“Ignoring people’s lives and well-being, the criminal mullahs covered up #Coronavirus cases in a bid to bring crowds for Feb. 11 revolution anniversary and the sham election. Now, the virus has rapidly spread across the nation because people were kept in the dark,” Madam Rajavi tweeted. “I again urge WHO to dispatch supervisory & medical teams to #Iran & request physicians & nurses to advise & assist the people to confront the virus. The regime must put medical resources monopolized by the mullahs & the IRGC at the disposal of the people, hospitals & physicians.”

Ignoring people’s lives & well-being, the criminal mullahs covered up #Coronavirus cases in a bid to bring crowds for the Feb. 11 revolution anniversary & the sham election. Now, the virus has rapidly spread across the nation because people were kept in the dark #Iran

The World Health Organization chief said in a press conference in Geneva that the spread of the coronavirus in Iran is concerning and called on the mullahs’ regime to provide more information to the Iranian people.

Health officials in the United Arab Emirates and Lebanon are reporting cases of people returning or arriving from Iran testing positive of the coronavirus. This further indicates the mullahs’ regime is not taking the measures necessary in this regard.

The coronavirus outbreak inside Iran has even infected the mayor of Tehran’s District 13 and the Iranian capital’s City Council has closed down for a week.

Iran: Did Raisi “achieve” anything in Russia?

A look at Rouhani’s “economic breakthrough”