Iran, March 31, 2020—Inmates of wards 12 and 15 in Tabriz Central Prison, located in northwest Iran, launched a protest rally on Monday night local time, March 30, after reports broadcast by the regime’s state TV claiming other than dangerous prisoners all inmates in this facility have been released. The inmates in these two wards were heard shouting in one voice: “We are not dangerous and yet we are in jail” and “Shame on you! Shame on you!”

One source said the atmosphere in this facility is very tense and inmates could be heard protesting and shouting, “Shame on you!” during a phone call.

In the past ten days following the new Persian calendar year, inmates in prisons across the country have launched protests and riots, and many have been able to escape.

On March 19, at least 23 inmates in Parsilon Prison of Khorramabad, western Iran, were able to escape this facility. Authorities opened fire on the escaping inmates, resulting in one prisoner being killed and another wounded.

On March 20, inmates of Aligudarz Prison, western Iran, launched a riot and clashed with the prison guards.

On Friday, March 27, inmates of Tabriz Central Prison launched a riot, according to reports from local media.

On the same day, a riot erupted in Saqqez Prison, western Iran, and 70 to 80 inmates were able to flee this facility. Mohammad Jabbari, the public prosecutor in Kurdistan Province, shed light on details of this incident in his remarks to reporters of local media outlets. “Around 70 inmates of Saqqez Prison fled the facility on Friday night… Necessary measures are being taken to have these individuals arrested,” he said.

In another incident on Friday, March 27, inmates of ward 1 in the Greater Tehran Prison (Fashafuyeh) launched a riot and clashed with the prison guards. These rioting inmates were protesting the spread of COVID-19 in this facility resulting in a number of their cellmates being infected and even dying of coronavirus. Prison guards and anti-riot units attacked the ward and threw out the inmates’ belongings under the pretext of conducting inspections. All telephone calls with the inmates’ family members were also canceled.

More than 14,200 people have died of coronavirus in 236 cities checkered across all of Iran’s 31 provinces, according to the Iranian opposition PMOI/MEK.#Iran#COVID19https://english.mojahedin.org/i/iran-coronavirus-news-14200-deaths-20200330 …

Reporting by PMOI/MEK Iran, March 30, 2020—More than 14,200 people in 236 cities across Iran have died of coronavirus, according to information obtained by the People’s Mojahedin Organization of Iran…

72 people are talking about this

On Saturday, March 28, over 200 female inmates in Urmia Central Prison, northwest Iran, launched a hunger strike protesting the authorities’ refusal to release the inmates during the ongoing coronavirus outbreak that has engulfed the entire country.

On Saturday afternoon, March 28, inmates of Alvand Prison in Hamedan, western Iran, launched a riot protesting authorities’ refusal to release them during the COVID-19 epidemic. A number of these inmates were able to flee. Members of the regime’s Revolutionary Guards (IRGC) other security units opened fire on the inmates. Fires were also reported in various sections of this facility as a result of clashes between authorities and the inmates.

83 people are talking about this

On Sunday night, March 29, inmates of Mahabad prison, western Iran, launched a riot and dozens were able to flee the prison. This riot led to clashes with authorities that led well into late night hours and gunfire was also heard from the vicinity.

Also, on Sunday night, March 29, inmates of Adel Abad Prison in Shiraz, south-central Iran, the regime dispatched a large number of security units to encircle the facility and close down all streets adjacent to the prison. Kazem Mousavi, head of the Fars Province judiciary, acknowledged reports of the prison riot early next morning. “From 10 pm local time on Sunday we were witnessing unrest in two wards of Adel Abad Prison in Shiraz. The inmates of these two wards broke some of the rails and closed-circuit cameras,” he said.

The regime’s public prosecutor in Shiraz said, “Unrest took place in three wards of this prison. Security units and anti-riot guards entered the facility in time. We had no casualties and only 14 individuals suffered minor injuries,” he said. 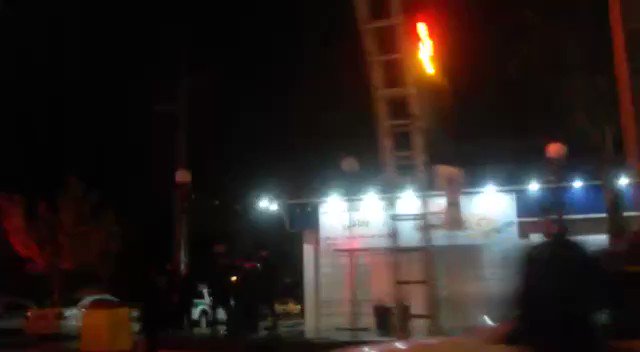 96 people are talking about this

On Monday afternoon local time, March 30, inmates of Sepidar Prison of Ahvaz, southwest Iran, launched a riot. Video posted on social media platforms showed smoke raising from Sepidar Prison that could be seen from a far. Local reports indicate family members of inmates held in Sepidar Prison rallied outside the facility expressing concerns about their loved ones.

Ahvaz, southwest #Iran
Inmates have reportedly launched a riot in the city’s Sepidar Prison. Smoke is seen from the facility. 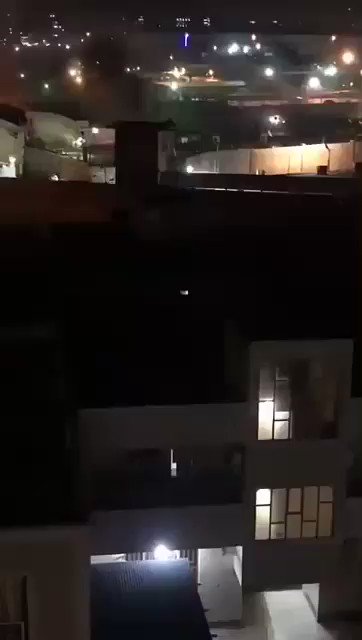 102 people are talking about this

Iranian opposition President Maryam Rajavi, head of the National Council of Resistance of Iran (NCRI), described the death of inmates in the Greater Tehran Prison as a chain reaction in deaths and a horrific crime against humanity by the mullahs’ regime as authorities continue to refuse to release inmates. Madam Rajavi once again called on the international community to intervene immediately for the release of prisoners, especially political prisoners, and prevent the loss of thousands of lives in jails checkered across Iran.

The UN High Commissioner for #HumanRights should immediately urge the regime in #Iran to accept an international delegation to visit the Prison of Tabriz to find out about the fate of prisoners there #COVID19https://www.maryam-rajavi.com/en/item/riot-in-tabriz-prison-guards-open-fire-wound-prisoners …

397 people are talking about this

Army tries to disperse demonstrators outside parliament(Video from Beirut)